Launch of the Birds of Nottinghamshire

On Saturday, 14th December, the new 'Birds of Nottinghamshire' book will be officially launched at the Attenborough Nature Centre. This 608 page publication, which has been 8 years in the making, will be an essential reference for anyone with an interest in the birds of the county.

Nottinghamshire Birdwatchers would like to invite you to the launch - but places are limited to ensure that room capacity isn't exceeded. 40 spaces are available at each of two sessions on the day, the first in the morning (1000-1200) and the second after lunch (1300-1500). Refreshments will be provided, and both session will comprise a talk from the authors followed by a short walk on the reserve, and then a book signing with copies of the book for sale. Note that the book signing is not limited by numbers, so if you are around on the reserve towards the end of either session, and would like to drop in, we'd be delighted to see you. There will also be artwork and photos from the book on display.

Netherfield Lagoons - BITTERN [flew over the north-east side of the Slurry Lagoon reedbed at dusk].

Barton in Fabis - 2 Cattle Egret [still present favouring the flooded paddock on the west of the village this morning, viewable from Trentside]; also Whooper Swan [group over calling but not seen in foggy conditions].

Collingham Pits - 82 Whooper Swan [12 juveniles, in field between Ferry Lane and the Trent].

Barton in Fabis - 3 Cattle Egret [Birdguides report of three on flood west of the village].

Barton in Fabis/Thrumpton - 2 Cattle Egret [still present on the west side of the village, late morning at least], 8 Whooper Swan [adults, flew into the large field towards Thrumpton, viewed from Trentside, c.11:15].

Barton in Fabis - 2 Cattle Egret [still on flood west of the village, late afternoon], Peregrine, Stonechat [from the A453 Balancing Pond].

Netherfield Lagoons - 2 Green Sandpiper [on the new workings, this morning].

Clumber Park - 2 Hawfinches [next to the chapel, this morning].

Langford Lowfields - Eastern Stonechat [first-winter male, still present in reeds on Phase Two. Flooding is still ongoing on the reserve which remains closed with water levels being higher than yesterday, viewing is possible but very distant and extremely difficult overlooking Phase 2 from the floodbank river path].

Lowdham - Red Kite [over Nottingham Road towards the river, 14:30].

Langford Lowfields - Eastern Stonechat [first-winter male for its fourth day, showing in reeds on Phase Two, 14:40 at least; overall thoughts are it's a maurus rather than stejnegeri, although this debate will be ongoing].

Girton Pits - WATER PIPIT [on the Trent floodbank by the fishermans carpark, this afternoon].

Kilvington Lakes - Short-eared Owl [over rough grassland at the back of West Lake late afternoon].

East Leake - Woodcock [flying north, over fields in SW East Leake, to the west of the Gotham road. 16:40].

Barton in Fabis - 2 Cattle Egret [on riverside flood with Little Egrets, south-west of the village, 13:00], 2 Stonechat [pair, A453 Balancing Pond].

Costock - Woodcock [Holy Cross, in nettlebed, then flew into woodland, 15:00].

Langford Lowfields - 2 GREAT WHITE EGRET, 4 Water Rail, 10,000 Starling [please note that most of the reserve has had to be closed due to flooding. Only the section between the Beach Hut and the 360° Viewing Screen is still open].

Clumber Park - Raven [on the Chapel tower, this afternoon].

Osberton - 25 Pink-footed Geese [on the deck with Greylag flock, this afternoon].

Barton in Fabis - 4 Stonechat [pair, A453 Balancing Pond and second pair along Trentside].

Attenborough Nature Reserve - Cattle Egret [flew in from Barton in Fabis to roost on Coneries, 15:30].

Harworth Pit Tip - Snow Bunting [on the Pit Tip late afternoon]; also GREAT WHITE EGRET [on fields on the opposite side of the A1].

Thorpe in the Glebe - Woodcock.

Clifton Pastures - c.60 Pink-footed Geese [still feeding on stubble near the Fairham Brook this afternoon, but flushed by Peregrine and flew west, 13:45].

Lenton - GREAT WHITE EGRET [feeding in the dark with a Grey Heron, on the newly created tottle brook pond in highfields university park, 16:00 - 18:00 at least].

Clifton - Peregrine [feeding on pigeon on a window ledge on the 19th floor of the South Church Court flats]. 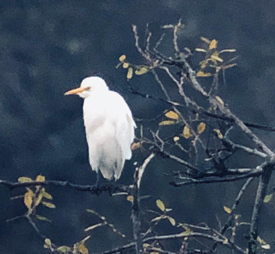 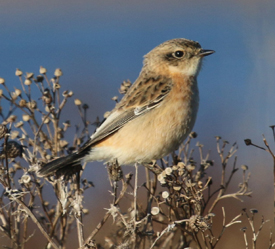 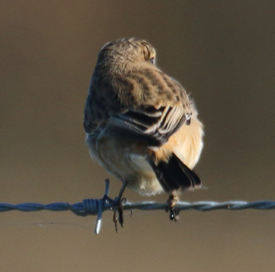 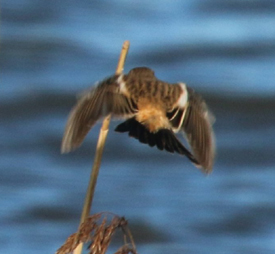 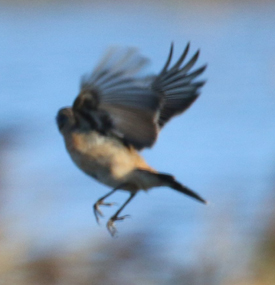 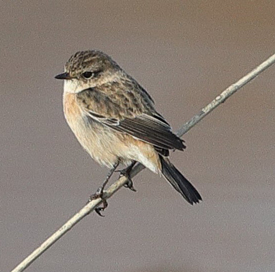 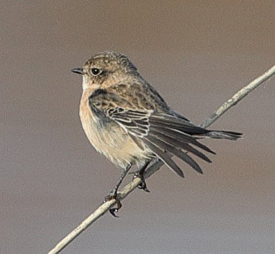 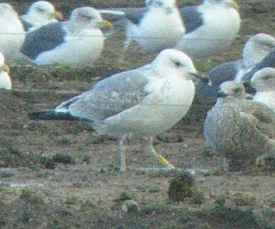 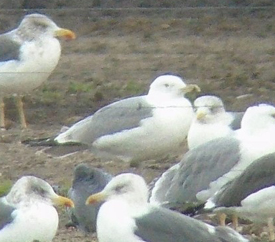 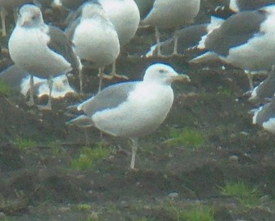 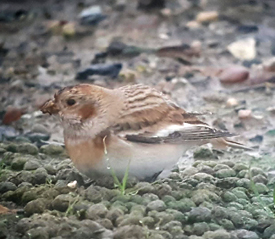 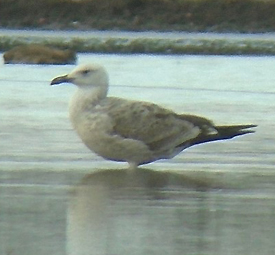 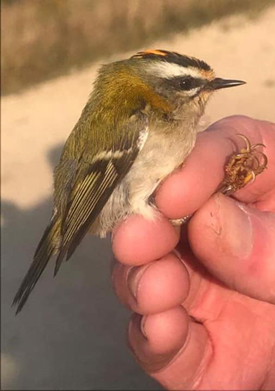 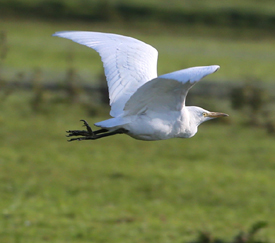 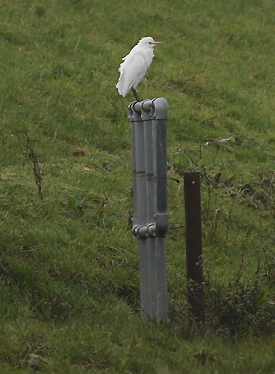